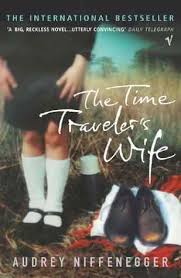 One of the favorite movies around our house, the kind that you bring out with a bottle of wine when you want to kick back and not think about anything in particular, is Groundhog Day.  The premise is rather simple: Phil, a self-important and cynical weather man, played by Bill Murray, goes to small town to do a rather boring job of reporting on the annual awakening of the groundhog. A snowstorm closes the roads, the team has to stay another night – and when Murray wakes up the next morning, it is the previous day all over again. And so it continues – every day he wakes up to the same day, nobody except him remember what has happened.

Groundhog Day is a great movie not for that simple idea, but for how the movie manages to build on that simple premise. Aside from the one little thing of repeating the same day over and over, nothing Phil does is illogical, as he progresses from enjoyment to despair through development to, eventually, redemption. Anyone seeing it could imagine being Phil. It is a very intelligent comedy.

The Time Traveller’s Wife (the book, that is, I haven’t seen the movie) has a similar concept: The main protagonists are Henry and Clare, "who met when Clare was six and Henry thirty-six, and were married when Clare was twenty-two and Henry thirty. This can happen because Henry time-travels – involuntarily, always showing up buck naked in unexpected places, but very often around Clare. He even meets himself, at various ages. Clare and Henry have to come to terms with the misery of sometimes knowing what is going to happen in the future (which, of course, can be useful if you want to play the stock market) as well as the more practical difficulties of showing up in various places without clothes and with only a dim recollection of where you are and, especially, what time it is.

The novel succeeds for the same reasons that Groundhog Day succeeds: It manages to tell a believable story in an unbelievable setting. Clare and Henry must somehow shape a normal life out of an incredibly difficult situation, and how they do it is both funny and moving – a love story where you can never be sure of anything. At no point does Niederegger veer off into science fiction-like explanations of why Henry has this "rare condition", just as Groundhog Phil never tries to find out why he wakes up to the same day every morning. The book is also delightfully free of New Age-isms and spirituality. Instead, the focus is on the central characters and the relationship between them, how they have deal with the practicalities (stashing clothes in places Henry is likely to turn up, learning to pick pockets and locks to survive) and emotional turmoil. Both Clare and Henry learn things about each other’s futures – how do you deal with knowing that something bad is going to happen, for instance,  do you tell the person about it or not?

This is an extremely well thought out novel, at no point does the time-hopping (not to mention the oral form, where the characters tell their story in short episodes) get tedious (with a possible exception for their wedding, which gets a little contrived and sugary). It is a long love-story (76 years, to be exact) but worth the time spent.

(and thanks to Julie for leaving this one around the house so I could take it with me and make Frankfurt-LA seem a tad bit shorter…..).

1 thought on “The longest love story”